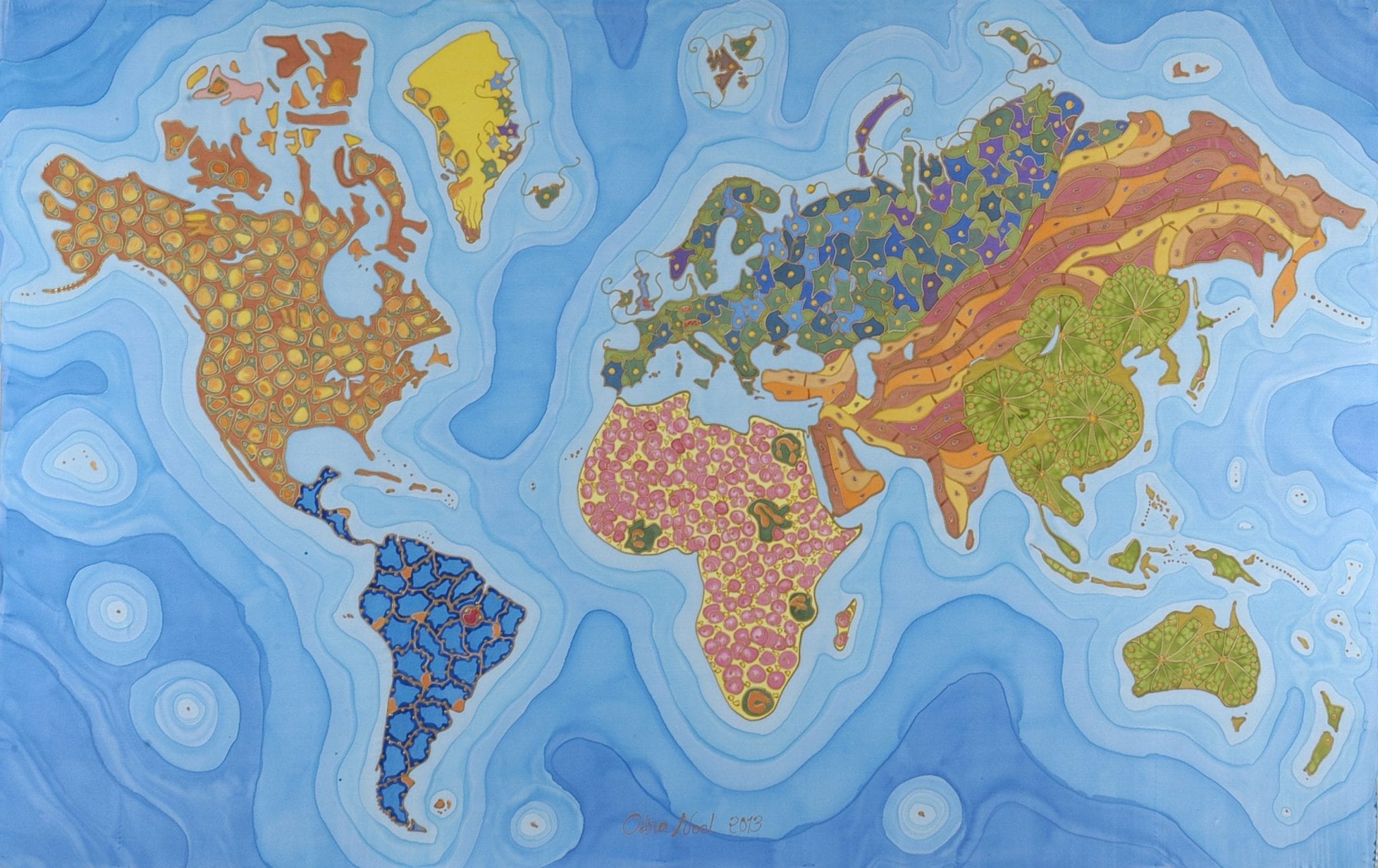 When seen through the microscope, the tissues that form our organs and body parts can be stunningly beautiful, with all the complex structures that determine and enable their function forming beguiling, literally organic, patterns.

What are the main causes of death around the world? If we need to

take a single cause, cardiovascular disease is the winner. And if we look into it in a little more detail, we see differences from area to area, not only in the causes of death but also in the diseases that are the greatest burden for those societies.

North America struggles with rising obesity, and this adipose tissue (fat) is more beautiful close up than you would imagine.

Central and South America are represented here by pulmonary tissue (lungs); smoking and respiratory infections are a leading cause of death.

Great swathes of the middle East and central Asia are shown here as cardiac muscle (heart), as these regions are afflicted with rising levels of hypertension and other causes of heart and cardiovascular failure.

The far East and the Pacific look beautiful in pancreatic acinar tissue; its failure causes diabetes, a major problem in this area, frequently described as a diabetes epidemic.

And Africa is made of blood here. The only continent where the leading cause of death are transmittable diseases (infections), notably malaria and HIV.

The good news is, we have medicines and other treatments to cure, alleviate, prevent or slow down the progression of all these diseases. And many people around the world are doing research to make progress on all these fronts.

Can you see the mitochondria? There are 5 hidden in the map. They are the organelles inside our cells responsible for energy generation. Mitochondrial research will play an important role over the coming years!