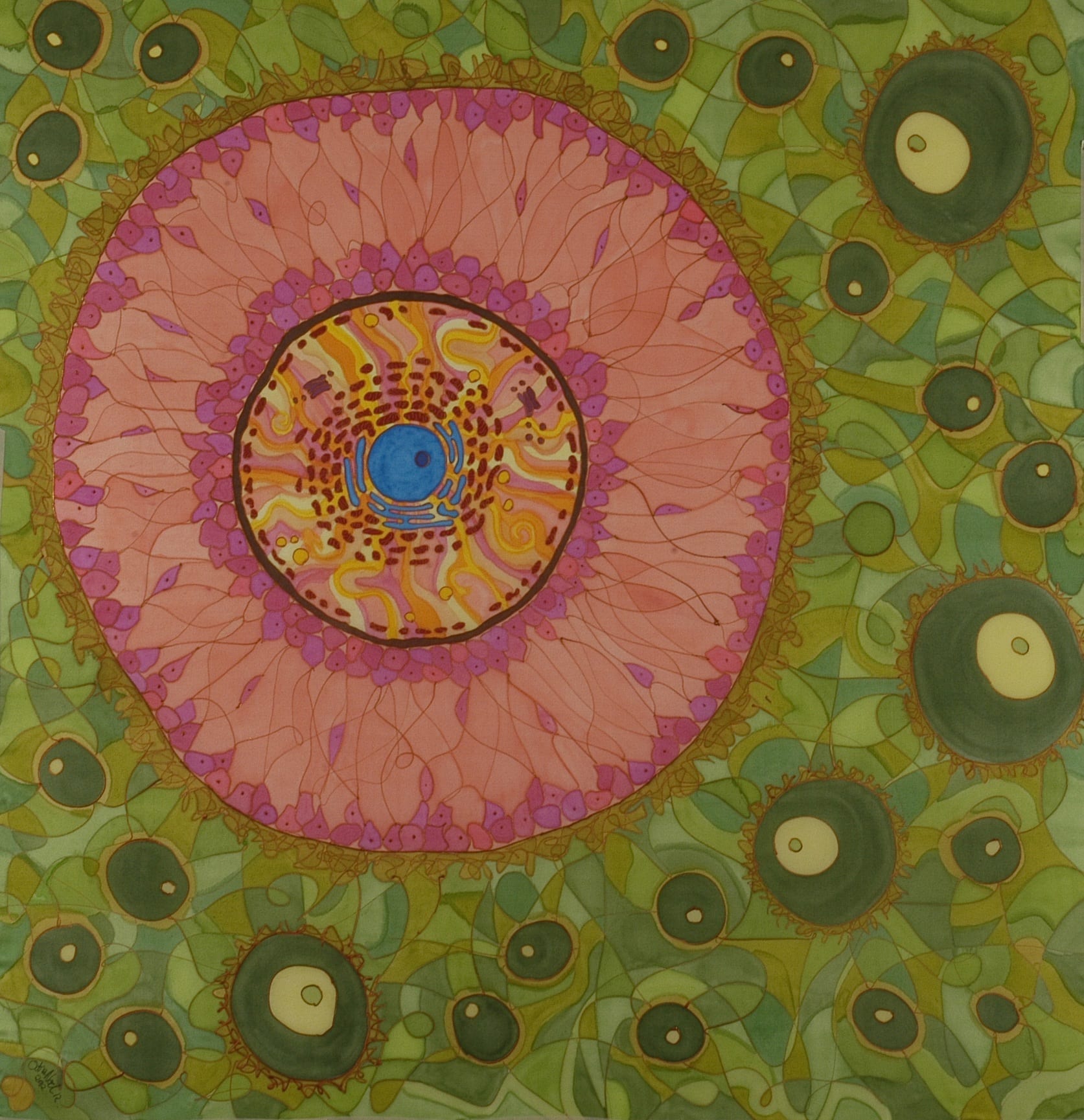 The spring of 2012 was rich in ova in my workshop. I produced a series of large oocytes, some of which were exhibited in light boxes. See below the legend of the work titled ‘The beginning of a self’ for an explanation of the elastic nature of this series.

This is a theme that I have re-visited repeatedly, always inside the ovarian tissue. The colours, and the shapes and the sizes vary considerably, and I see those changes as a way to express the very different destinies of the ova, the enormous potential for variation trapped in very similar cells. The many alternative futures are reflected in each of them: will it be fertilized? Will it be implanted or be expelled? Will a good sperm get to it in time? Will it be a girl? Will it become twins? Will it suffer teratogenesis because of a rare side effect of a wandering drug? will it become a world class athlete?